For special occasions, holidays, or just a special treat, it’s hard to beat the richness and joy of fresh cinnamon rolls. Homemade cinnamon rolls are easy and fun to make. As with most bread, these rolls call for a few rise periods and won’t be immediately ready to bake. Despite the time requirement, the intermittent, paced process of making them is perfect for weekends or holidays and the process is often just as enjoyable as the final product. 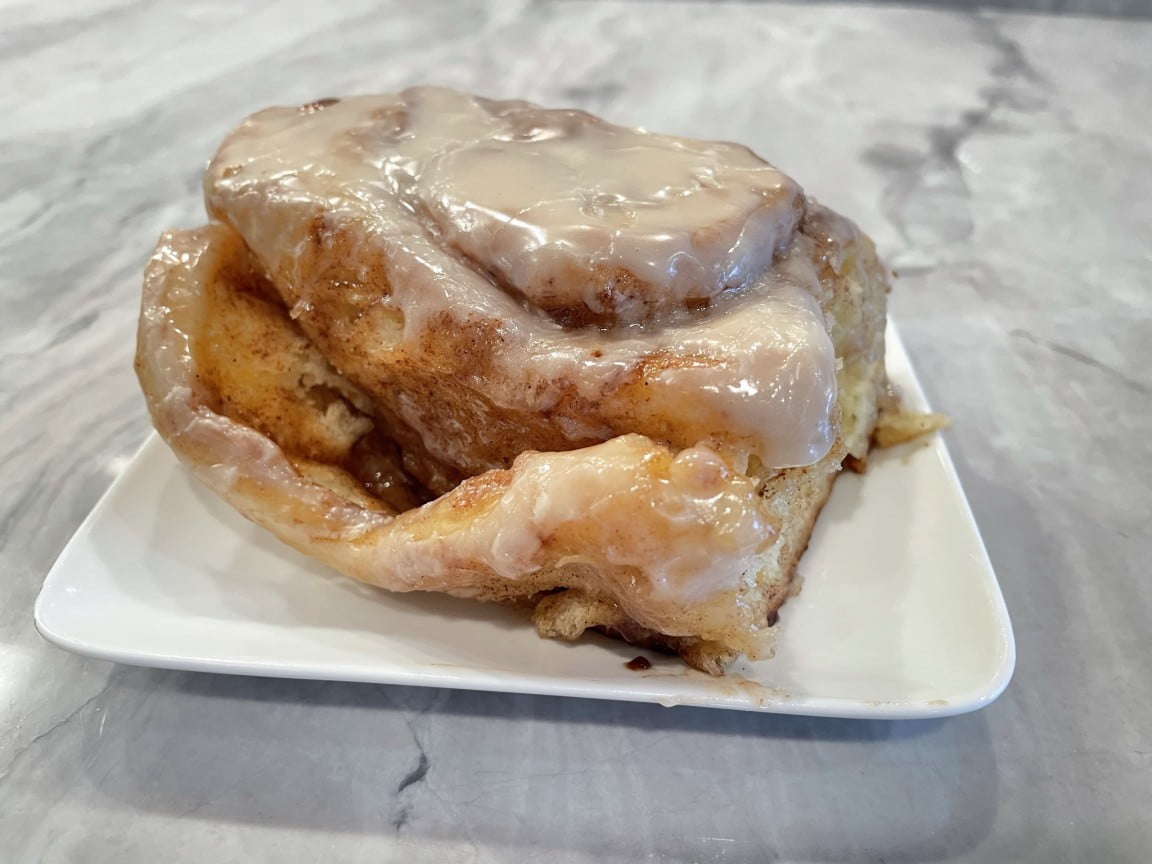 I’ve worked on a few different cinnamon roll recipes. After some experience and experimentation, I’ve found myself searching for something less bready and something more fluffy and rich – something brioche-like.
The secret to excellent brioche bread is the egg and butter enriched dough, so this recipe was a move in that direction, and the results, I believe, are great! This cinnamon roll recipe produces super soft, extra rich, soft rolls that perfectly compliment the gooey sweet cinnamon sugar filling and vanilla icing. Pull out your Kitchen Aid and give it a try.

Add the milk and sugar to a medium mixing bowl and warm in the microwave or on the stove top to 100 - 110 ℉. Add the instant yeast, mix well and cover for 5 - 10 minutes to allow yeast to activate and "proof". If the yeast is alive and active, a slight foam should form on the surface.

Meanwhile, in a stand mixer bowl or other large bowl, combine the flour, eggs, vanilla and salt. Then, after the milk, sugar, yeast mixture has proofed, add it to the dry ingredients and mix using the dough hook for 1-2 minutes to combine the dough. Cover and let the dough rest for 10 minutes.

Next, continuing with the dough hook, mix the dough at low speed until the dough is smooth, about 5 minutes.

Finally, cover the dough bowl with plastic wrap and place the dough in a warm location (a slightly warm 90 - 110℉ oven or similar) and let the dough rise for 1 - 3 hours, or until the dough about doubles in size.

While dough is rising, mix cinnamon filling. In a medium mixing bowl, add the brown sugar, butter, cinnamon and vanilla extract and mix until smooth. Set aside.

In a medium mixing bowl, add the powdered sugar, milk, vanilla and lemon juice. Mix until smooth. Refrigerate if using the next day. Remove from refrigerator to warm prior to spreading or warm in the microwave prior to spreading if needed.

After the dough has risen, move the dough to a floured work surface. The dough will be a bit sticky and will need some flour to smooth the surface and avoid sticking to the work surface.

Punch down and fold the dough a few times until smooth and workable. The dough may be quite soft at this point. For easier handling and rolling of the dough, wrap it in plastic wrap and let it cool and rest in the refrigerator for 20 minutes or so. This rest is optional, but will make rolling and cutting the dough much easier.

Now spread the dough out on the floured work surface or a large piece of parchment paper. If making more than a 6 roll recipe, it may be easier to cut the dough in half and form the rolls in two separate steps.

Using a rolling pin, roll the dough to your desired thickness and shape as a large rectangle. For the standard 6 roll recipe, the rectangle will be around 12 - 15" x 16 - 20".

Once rolled out, spread the cinnamon filling evenly over the dough. Then, roll the dough into a cylinder, starting from a short side. Keep the roll tight while rolling.

*Filling note*
Making the cinnamon filling with the butter and milk will create a thick paste to paint on the dough, making a bit more messy putting it on, rolling the dough and cutting the rolls. The result will be a gooier filling - more caramel roll like.

An alternative is to just mix the dry ingredients - the brown sugar, cinnamon and salt, and keep the butter and vanilla separate. Then warm the butter and vanilla mixture and paint on the dough. Follow this with the dry cinnamon mixture, sprinkling it over the applied butter. This generally results in a drier, more classic cinnamon roll filling.

After rolling the dough, cut the dough to create 6 (or the number rolls of your recipe size) equal rolls (generally about 2" thick). Place in a buttered baking pan or on buttered parchment paper in a baking pan. Cover with plastic wrap and allow to rise for 1 - 2 hours at room temperature if you plan to bake the same day.

Alternatively you allow the rolls to rise in the refrigerator (cold fermentation) overnight or longer prior to baking. If you choose to use the refrigerator, remove the rolls and allow to come to room temperature for an hour or so prior to baking. Similar to pizza dough and other bread prep, delayed cold fermentation over an extended period of time allows for greater flavor development of the dough as additional products of fermentation (alcohols, carbon dioxide, etc.) accumulate in the dough.

Once the rolls have completed there secondary fermentation (1 - 2 hours at room temp or a day or so in the fridge) and are at room temperature, place them in a 375 ℉ oven for 18 - 25 minutes, depending on how done you prefer your rolls.

*Note about dough workability*
If you are working with room temperature dough, the dough will be quite soft and somewhat difficult to roll and cut. The dough can be rested briefly (20 minutes or so) in the refrigerator after the dough is punched down and smoothed, and will be much easier to work with.

After baking, remove the pan of rolls from the oven and allow to cool for a few minutes. While still warm, apply the icing to the rolls. 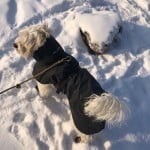 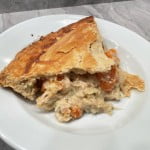